Level of involvement with the country

Canada is a high-tech industrial society. The trade agreements of the 1980s and 1990s significantly strengthened trade with the United States, and now the two countries are each other's largest trading partners. Although the services sector is Canada's main economic driver, the country is a major exporter of energy, food and minerals. Canada is the world's third largest producer of proven oil and the fifth largest oil producer in the world.

Canada was the world's twelfth largest economy in 2019. The country is open to trade and has signed trade agreements with the United States and Mexico. Canada's economy is rich in raw materials (hydrocarbons, minerals, agricultural products, And Canada has several excellent industrial sectors. This is primarily the case for aerospace but also for telecoms, it, wood and paper and biotechnology.

Canada's Internet and e-commerce landscape is of comparable quality to the United States, even with  only 33 million Internet users, a fraction of the U.S. digital population, the wealth of Canadians and widespread online shopping habits make it a sophisticated market. Canadians use both computers and mobile devices to purchase a wide range of products and services online. Canada is a medium-sized but highly soluble e-commerce market.

Switzerland is one of the main trading partners :

Canada is, in order of importance, Switzerland's second largest economic partner on the American continent. In 2019, Switzerland imported nearly 1.2 billion francs worth of goods from Canada and exported 4.4 billion francs to canada. These exports consist mainly of pharmaceuticals. Switzerland is one of the top ten foreign investors in Canada.

Introducing key points of the benefits of our logistics for Canada

- The selection of subcontractors selected according to strict criteria in the areas of safety, safety and the environment 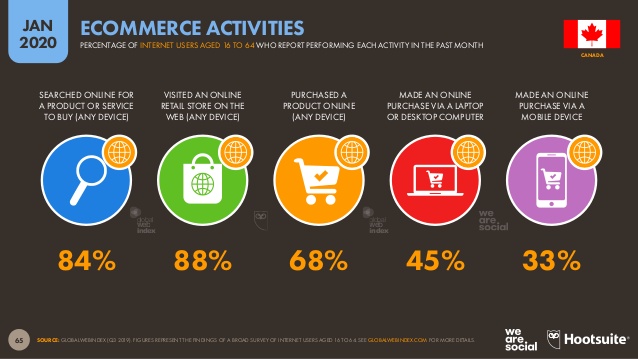 Our team is at your disposal do not hesitate to contact us!